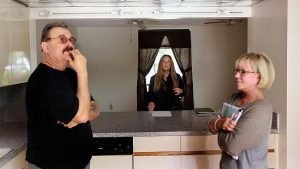 Mortgage application volume rose 4 percent from the previous week. The Mortgage Bankers Association included an adjustment for the Martin Luther King Day holiday. Volume continues to lag last year, however, by 18 percent, mostly due to the falloff in loan refinances since rates shot up after the presidential election.

Refinance volume did move slightly higher again last week, up 0.2 percent seasonally adjusted. It had jumped sharply the previous week, after outgoing HUD Secretary Julian Castro announced a quarter-point drop in the FHA’s annual mortgage insurance premium. By last week, there was already considerable speculation that incoming HUD Secretary Ben Carson would reverse the move, and, in fact, that was one of the first acts of the Trump administration immediately following the inauguration on Friday.

The FHA share of total applications increased to 13.6 percent from 13.1 percent the previous week, but that is likely to fall back next week. Mortgage rates also moved higher, but that didn’t cut into refinance demand.

“While this was the first rate increase in January, rates remain about 10 basis points lower than four weeks ago,” said Lynn Fisher, MBA vice president of research and economics.

The average contract interest rate for 30-year fixed-rate mortgages with conforming loan balances ($424,000 or less) increased to 4.35 percent from 4.27 percent, with points decreasing to 0.30 from 0.39 (including the origination fee) for 80 percent loan-to-value ratio loans.

Mortgage applications to purchase a home, which were less sensitive to the FHA announcement, rose 6 percent last week compared from the previous week but are just 0.1 percent higher than one year ago. Homebuyers are facing a pitiful supply of homes for sale. Listings dropped again in December, hitting an 18-year low, according to the National Association of Realtors. While more homes will come on the market for the usually busy spring season, demand is far stronger than supply, and well-priced homes are moving quickly.

“Although it is still early in the homebuying season, purchase activity remains on par with a year ago, suggesting that recent wage growth of nearly 3 percent is helping to offset the increase in interest rates. This trend is also consistent with other reports of homebuying activity,” said Fisher.

Mortgage rates have been exceptionally volatile in the last week, taking big jumps up and then back down again on daily news. Home prices, however, are not reversing course. They continue to rise far faster than incomes and inflation. If rates do settle into an upward climb, the combination of the two will inevitably put pressure on home sales.