Mortgage rates fall back and applications decline as credit increases 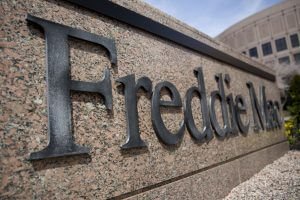 After drifting higher for nearly a month, mortgage rates retreated this week but remain within a tight band.

As the markets calmed, home loan rates stabilized. With several key economic reports coming up, volatility could return. An unexpected global event would also cause a jolt to rates. But it seems more likely that they will continue to hover about where they are.

Bankrate.com, which puts out a weekly mortgage rate trend index, found that more than half of the experts it surveyed believe rates will remain unchanged in the coming week.

[Don’t assume you are frozen out of the mortgage market]

According to the latest data released Thursday by Freddie Mac, the 30-year fixed-rate average sank to 3.43 percent with an average 0.5 point. (Points are fees paid to a lender equal to 1 percent of the loan amount.) It was 3.48 percent a week ago and 3.91 percent a year ago. The 30-year fixed rate hasn’t been above 3.5 percent since late June.

The five-year adjustable-rate average tumbled to 2.73 percent with an average 0.5 point. It was 2.78 percent a week ago and 2.94 percent a year ago.

“Treasury yields fell last week following both the FOMC’s meeting and a disappointing advance estimate for second quarter GDP. Mortgage rates, which had moved up 7 basis points over the past three weeks, responded by erasing most of those gains,” Sean Becketti, Freddie Mac chief economist, said in a statement.

[Homeowners can reap benefits as mortgage rates near record lows]

Meanwhile, mortgage applications decreased again this week, according to the latest data from the Mortgage Bankers Association (MBA).

The refinance share of mortgage activity accounted for 60.7 percent of all applications.