Why the Housing Market Is Slumping Despite a Booming Economy

Home prices are out of reach relative to incomes and mortgage rates. The big question for the economy is how the imbalance adjusts. 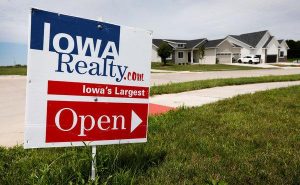 A sign pointed to an open house in Waukee, Iowa, earlier this year. Housing sales have slowed in recent months.
CreditCharlie Neibergall/Associated Press

These should be happy times for the housing sector. The economy is booming, with more people working at higher pay, and with the sizable millennial generation reaching prime home buying age.

Instead, the housing market has gone soft, acting as a drag on the overall economy rather than as a force propelling it forward.

Sales of new single-family homes were down 22 percent in September from their recent high in November 2017, and existing home sales in September were down 10 percent. This tepid residential investment subtracted from G.D.P. growth in each of the first three quarters of 2018.

Home prices have not declined nationally, at least according to the most widely followed indexes. But their rate of increase has declined, and more and more home sellers are finding they must reduce asking prices to find a buyer.

Given how central housing is to the broader economy — it is the biggest driver of both wealth and indebtedness for most families, and its fluctuations have frequently been major factors in past booms and busts — this slump isn’t something to be taken lightly for anyone hoping the good times will last.

So what’s going on?